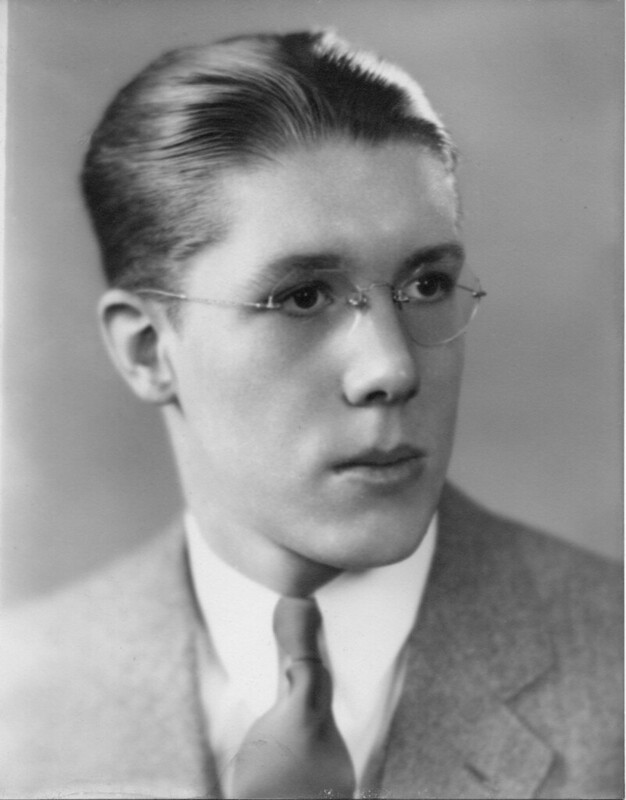 On a shelf in my garage sit a clunky set of headphones and a 1980’s era Sony Walkman that no longer serve any purpose. I can’t bring myself to part with them, though. They belonged to my husband, and he wore them (for over three decades) every time he cut our acre of lawn. His Sony Walkman would be holstered on his belt, and each week of the cutting season, a different cassette would whirl reel to reel, pleasantly mixing with the muffled engine sound outside his head. When he exhausted the playlist options — it wouldn’t have taken long — the cycle would repeat. Long after cassette tapes fell from favor, George stuck to his habit. I look at his headphones and the memories mushroom up and fill me with nostalgia.

In my retirement, I begin most days with some type of inspirational or thought-provoking article. This morning I ended up on the Smithsonian Magazine website, as I often do when I want to explore topics that are historical or scientific in nature. In January I posted about NFT’s (“non-fungible tokens”), so it was natural that I would be interested in a bizarre stunt pulled by a self-styled philanthropist who has hitched his star to the potential profitability of NFT’s.

Martin Mobarak is the founder and CEO of Frida.nft who, in July, had high hopes of blazing new trails in the world of priceless art collection. . . in the virtual sense. Attired in a sequined blazer festooned on the back with the face of Frida, he made a showy display involving martini glass, blue rubbing alcohol, and lit match. He thus irrevocably “transformed” an authentic (and irreplaceable) drawing done by Frida Kahlo in the 1940’s, a sketch entitled “Fantasmones Siniestros”. Its estimated value is. . . was. . . ten million dollars. But was it real? And what if it wasn’t? While the extravagant spectacle received little attention at the time, Mobarak’s impulsivity has now landed him in a heap of trouble.

On the one hand, if the drawing was indeed authentic, Mobarak faces criminal charges. (According to a statement made by the Mexican government in September, “The deliberate destruction of an artistic monument constitutes a crime in terms of the federal law on archaeological, artistic and historical monuments and zones.”) If the drawing that was permanently “transformed” was a reproduction, he is in violation of copyright laws. Lastly, he may be guilty of deception and fraud. No bueno, in any scenario.

I’m straining not to react with pure disgust. Who in their right mind burns a Frida Kahlo work? It seemed important that I venture down the rabbit hole, in this case by mining the annals of Martin Mobarak, flashy businessman from Mexico, currently home-based in Miami. The quick and dirty synopsis looks like this: fisherman in the Bering Sea, prospector (silver mine), developer of an internet service in Alaska, food service provider as well as aviation services in Florida, a B&B in Mexico. One has to admire his enterprising nature and sheer pluck. And I do. . . admire that.

After I sifted through the layer of news about the current Mobarak-Kahlo controversy, I was able to temper my feelings about the permanent loss of priceless art. Built into the scheme is a charitable offshoot. Inasmuch as the endeavor was to enrich Mobarak (in his wildest, non fungible dreams), 30% of proceeds are — or were — intended to benefit charity. The causes about which he feels most passionate are rare childhood diseases and abuse of women. On the surface it would seem that careful and deliberate thought went into his charitable choices, more so than the hastily-planned “transformation” event, which was likened to “the ice bucket challenge, but with fire” (according to Gabrielle Pelicci, who helped him plan the risky stunt).

In the end, the Kahlo NFT’s have not been selling — the intent had been to fractionalize the ten million dollar iconic work into 10,000 NFT’s. That didn’t even come close to happening. Apparently, the “Fantasmones Siniestros” sketch is nothing more than a few unrecognizable flakes of ashy residue, reducing Mobarak’s speculative move to a tragedy, one that — but for his ego (and a sense of desperation) — was completely avoidable.

Perhaps my sense of alarm is so great because I haven’t bought into the idea that we now fully exist in a sphere where things of value can be digitally “memorialized”. When I recently digitalized several hundred family photos (including daguerrotypes, tintypes, cartes de visite, cabinet cards, and all manner of photographs from the 20th century) and made them available for family to view on Flickr, it very much occurred to me that the digital images will ever fail to evoke the same emotion that the physical ones do. When I hold in my hand the ambrotype of my great-grandfather, I’m better able to imagine the moment in which the photo was taken. I imagine, even, the thought process behind my great-great-grandmother’s decision to have the picture taken in the first place. The high school portrait of my dad, still sitting in its frame, presents an opportunity to reflect on, not just his life, but his parents’ as well, even the society into which he was born. The portrait would have hung on one of the walls in their home on Warner Street, Medford (“on the Somerville line”), later in their home at Wolcott Park; it would have kept the wallpaper underneath it bright and light as all around it faded and became dingy. Of course I only knew my father as an adult, a parent, never as a seventeen year old. At seventeen he had yet to confront the real obstacles that life predictably serves up. And he had yet to be judged harshly — or, in fact, be coaxed himself to judge, for example, the sobering calculus that would result in 7.5 million American service men and women being sent overseas to safeguard democracy in the 1940s. Dad’s face is smooth and unlined; he looks serious, but innocence and vulnerability can be read in his dark eyes.

We have a habit of needing to attach a monetary value to all that we own. I can’t do that with some of my possessions. In many cases, to do so would miss the essential point. Value so often resides in the stories that objects hold and the historical moments they beseech us to preserve.

Is it unwise of me to think that NFT’s are a fad, that their popularity will eventually fade? Are we too deep into a world that is virtual that we’ve lost reverence for all things tangible? George may have defied the march of technological advancement, but even he was alert enough to know that his headphones and Sony Walkman had passed from being “cutting edge” to being quaint, outdated. And an 8″ x 10″ grayscale, monochromatic high school portrait in a simple 1930’s frame will only ever hold sentimental value. What, then, will NFT’s be replaced by? I wonder.

It would grieve me to think that any of us are okay with destroying an original, as Martin Mobarak did, in order to inflate the value of its representative equivalent. Moreover, let’s never lose sight of why we strive to preserve objects of value (such as a Sony Walkman or a family portrait), or — of greater consequence — why we place our treasured artifacts (important documents such as the Declaration of Independence, priceless works of art, etc) in museums. They trumpet our achievements and our trials — in short, our story. As authentic artifacts, they evoke curiosity and emotion, and sustain interest much more effectively than any cryptographic asset can possibly do.